The project HELIOS, funded by the European Commission as part of its H2020 Programme, has launched the Beta Release of its platform by making publicly available, on a dedicated website and GitHub, different components and modules enabling key functionalities which allow 3rd party developers to build their own decentralised social media apps or other types of services based on HELIOS.

With the ambition to become a disruptive force in the European Social Media landscape and to contribute to the Next Generation Internet initiative, HELIOS is laying the foundation for a new decentralised social network vision where users take back the control of their data and content, with novel privacy and trust functionalities.

Based on multiple innovative technologies such as ad-hoc networking, cognitive interactions, peer-to-peer (P2P) communications between people and smart objects, social-graph creation, rewarding systems, Virtual Reality (VR), Augmented Reality (AR), among many others, the HELIOS Platform has been built in a modular, open-source, and extensible manner to ensure that developers can easily create social media apps or services based on HELIOS beyond the end of the project in December 2021.

The Beta Release includes some of the Core and Extension Modules that make part of the HELIOS Ecosystem and architecture. The Core components are at the heart of the system and take care of basic connectivity, security, and social networking functions developed by HELIOS, while the Extension Modules provide additional features on top of the HELIOS core components that can be used to build applications and services.

The components and modules included in the Beta Release will be tested through different Validation Apps including a large set of features for addressing multiple integration scenarios and use cases which demonstrate the functionality of the HELIOS platform and ecosystem. The Validation Apps will become public in 2021.

Become a part of the HELIOS Developers Community!

As part of this release, the project is working on the creation of the HELIOS Developers Community aiming at involving external parties and passionate developers to test the modules and functionalities available and looking forward to strengthening the platform and its continuity beyond the funding period. In this sense, the special activities and content will be released in the upcoming months.

For more information about the BETA Release visit: www.helios-social.com

HELIOS is an EU-funded project under the H2020 Programme with the Grant Agreement Nº 825585, working on the development of a Context-aware Distributed and Decentralised Social Network Platform introducing novel concepts for social graph creation and management, which are grounded in trust and transparency. 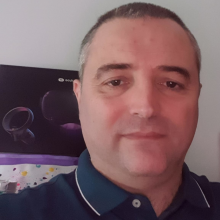 Since the beginning of the project in January 2019, HELIOS and its consortium have worked towards building a platform providing advanced components that could become a disruptive force for the European Social Media landscape.