During 36-months, the HELIOS project has been working on the development of advanced modules, components and APIs to allow easier and faster creation of decentralized P2P social media apps by external communities of developers

The project HELIOS, funded by the European Commission as part of its H2020 Programme, has reached the end of its funding period and announces the availability of the results and components built for enabling secure and decentralised functionalities that allow app developers to build their own social media apps for Android or another type of services based on HELIOS.

Since the beginning of the project in January 2019, HELIOS and its consortium have worked towards building a platform providing advanced components that could become a disruptive force for the European Social Media landscape and contribute to the Next Generation Internet initiative. In this regard, HELIOS Platform is laying the foundation for a new decentralised social network vision where users take back control of their data and content, with novel privacy and trust functionalities.

The HELIOS Platform has been built in a modular, open-source, and extensible manner to ensure that developers can easily create social media apps or services based on HELIOS. The Core components are at the heart of the system and take care of basic connectivity, security, and social networking functions developed by HELIOS, while the Extension Modules provide additional features on top of the HELIOS core components that can be used to build applications and services.

HELIOS Platform and the modules, components, and APIs that it contains, have been tested through the creation of specific validation apps addressing different needs of social media users nowadays:

As part of the sustainability strategy, HELIOS partners have signed a Memorandum of Understanding (MoU) for the creation of an open-source community called HELIOS Community intended to boost further joint research actions based on the knowledge, concepts, and technological achievements generated within the project and in particular, the HELIOS Platform.

Moreover, HELIOS established valuable synergies and collaborations with related projects and initiatives to amplify the impact of the project’s results and identify potential shared strategies to promote the uptake of the results after the end of the funding period. Some that can be mentioned were done with ARTICONF project, addressing issues of trust, time-criticality and democratization for a new generation of federated infrastructure, to fulfil the privacy, robustness, and autonomy related promises that proprietary social media platforms have failed to deliver so far, and Streamer, a distributed open-source software project with contributors in a range of time zones from Boston to Wroclaw, Helsinki, Zug, London and Melbourne.

All the components are available for external developers at the HELIOS Platform website (https://helios-social.com/) and GitHub (https://github.com/helios-h2020)

HELIOS is an EU-funded project under the H2020 Programme with the Grant Agreement Nº 825585, working on the development of a Context-aware Distributed and Descentralised Social Network Platform introducing novel concepts for social graph creation and management, which are grounded in trust and transparency. 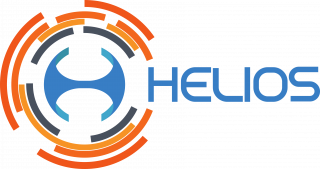